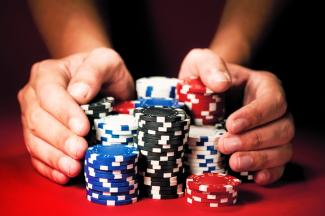 Do you know Theodore Johnson? He worked for UPS and never earned more than $14,000 per year, but he was worth more than $70 million when he passed! He invested consistently in UPS stock and rarely sold. In addition to his UPS stock, he retired in 1952 with $700,000 in savings.[1] He put all his chips on his employer's stock. He concentrated his bet, and UPS delivered! He won.

Andrew Carnegie said, "Put all your eggs in one basket, and then watch the basket." Concentrating your bets in a handful of stocks flies in the face of conventional wisdom to diversify your holdings, but if you want to get unbelievably wealthy, go all-in with a few stocks.

Peter Thiel, a Paypal founder, invested $1,700 in his Roth IRA and appeared to follow Mr. Carnegie's advice. In 1999 he bought 1.7 million Paypal shares at a penny per share before it was publicly traded.  EBay acquired Paypal in 2002, and the value of his Roth IRA jumped to $28.5 million. His Roth IRA is worth $5 billion today![2] Mr. Thiel nearly doubled his money every year, producing an average annual return of 95% for twenty-two years!

Warren Buffett, Bill Gates, Jeff Bezos, Elon Musk, and numerous billionaires bet on themselves and won. They invested heavily in their company stocks, and it paid off – handsomely. If you bought shares in their companies from the beginning and held on, you made a considerable profit. For example, Amazon is up more than 174,000% since it went public in 1997. By comparison, the S&P 500 has risen 477% from 1997. So go big, or go home.

Amazon is a monster stock, but it lost 94% of its value from 1999 to 2001, dropping from $107 to $6. It would take more than ten years for Amazon to reclaim its previous high touched in 1999. Microsoft is another wealth creation machine, but after the Tech Wreck in 2000, Microsoft shares fell sharply, and it would take more than twenty years for the stock to recover. Finally, Apple is the "it" stock for a generation of investors. The iPhone and its ecosystem have changed the world. However, before Apple was Apple, it struggled. In 1985 it fell 75% from its all-time high, dropped 74% in 1998 and 80% in 2003. In 2009, it lost more than 50%.

Putting all your eggs in one basket is difficult. It requires courage, conviction, and faith, especially when you're losing money. Investing in a few companies is not for the faint of heart. I doubt many investors remained invested in Amazon after it fell 94%, but those who stayed the course made big bucks.

Of course, to become uber-wealthy, you need to own profitable companies. Moreover, you need to be in the right place at the right time, and a little luck doesn't hurt either. Enron stock was once a high-flyer minting billions of dollars in profit for its shareholders before it imploded. If you invested your life savings in Enron, you lost it all – 100%.

Investing in a few select stocks also requires patience. For example, Mr. Buffett accumulated most of his net worth after age sixty despite becoming a millionaire at age 30. More than $70 billion of his net worth came after he qualified for Social Security benefits.[3] For the past thirty years, Berkshire Hathaway stock has trounced the S&P 500 by a ratio of nearly 6 to 1. At age 90, Mr. Buffett is now worth more than $101 billion.

Few people have the emotional fortitude or foresight to invest everything in a few companies and hold them for decades. Still, if you're one of the brave souls willing to ride the market's volatility, you can make it happen. Also, hindsight is 20/20. It's easy to look backward at Amazon or Apple and say I could have done it, but trying to find companies that will grow exponentially for decades is like trying to find a needle in a haystack.

For the record, I'm a proponent for most individuals to invest in a diversified portfolio of low-cost mutual funds based on their financial goals. However, here are a few suggestions if you want to aim for the moon and hope to pick a few winners.

You probably won't need billions of dollars to retire comfortably, so save your money, invest often, diversify your assets, follow your plan, and good things will happen.

If you chase two rabbits, you will not catch either. ~ Russian Proverb