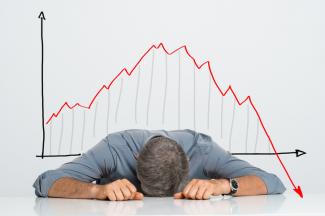 A Correction Is Coming!

Warning, a stock market correction is coming. The political environment, lack of a financial stimulus package, the pandemic, corporate bankruptcies, civil unrest, and so on will be too much for the market to bear. To prove my point, let's examine a few previous market cycles.

Despite the bull market's stellar performance, the S&P 500 fell 34% in March 2020. It lost more than 10% nine times and dropped more than 5% on thirteen separate occasions. The average decline during this bull market was 2.71%.

However, the late nineties bull market experienced many significant drops, including a 20% drop in 1998 and more than a dozen declines of 5% or more. The average decline during this bull market was 1.89%.

Like previous bull markets, this one experienced several severe corrections. In 1982, the market fell more than 16%, and in 1984 it dropped 14%. The average decline for this five-year run was 3.97%.