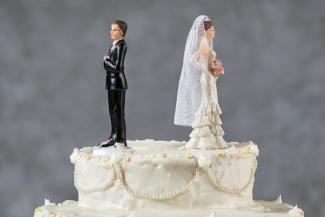 Exxon Mobil is leaving the Dow Jones Industrial Average after 92 years. They joined the Dow in 1928, and it's considered one of the bluest of blue chips – a stock to own forever. Salesforce will take its spot. It's not the first perennial holding to be substituted by a newer, swankier company. Walgreen's replaced General Electric in 2018 after a 112-year run and Apple supplanted AT&T in 2015 after 99 years. The three former Dow Jones members spent a combined 303 years in the popular index. Procter & Gamble is now the longest-tenured company in the Dow at 88 years.

In addition to the long-term investment success of this blue-chip triad, they generated significant dividend income over the past three decades. Exxon's dividend yield averaged 3.15%, GE's average payout was 2.95%, and AT&T paid 4.54%. These former juggernauts raised their dividends by an average of 495% during this stretch.

However, time's change and Exxon's revenue has declined 31% over the past decade, and its dividend payout ratio is 207% - an extremely high metric. Exxon's stock price has risen 68 cents over the past twenty years, and GE's stock hasn't budged a dime in twenty-eight years. AT&T has followed a similar path. Its share price is down more than 40% from its 1999 peak.[3]

Today, Facebook, Amazon, Apple, Netflix, Google, Microsoft, and Tesla are the largest companies, and investors plan to own them forever. And rightfully so. If you owned a basket of these high-flyers, you'd be up 97% this year! It's hard to imagine that one of these companies could follow the fate of Exxon, GE, or AT&T, but it's possible.

What should you do if you own a stock that you want to hold forever? Here are a few suggestions.

Owning great companies is one of the best ways to create wealth and concentrating your holdings into a few stocks can magnify your returns. But, it's essential to review your investments regularly to make sure they're meeting your goals and objectives. Do not ignore fundamentals and pay attention to popular trends. Times change and being flexible to pivot to new ideas will allow your account to grow over time.

The bigger they are, the harder they fall. ~ Anonymous