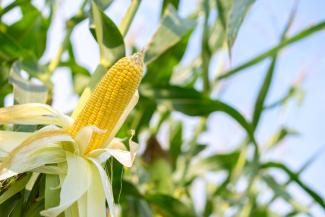 My Grandma B was born in 1900. In Iowa. She dressed to the nines and did not appear to have a care in the world. She loved playing the piano, singing songs, and visiting with her family. Her sources of income were modest, relying on Social Security and rental income from a building that housed a florist. Despite her small income, she never appeared to want for anything.

With the world shut down and global stock markets going haywire, I wondered what it would have been like for Grandma B to be an investor at the start of the 20th century.

A few months after she was born, more than 6,000 people died in the Galveston, Texas hurricane. In 1901 President McKinley was assassinated.

Seven years after she was born, the stock market crashed during the Panic of 1907. J.P. Morgan (the individual) acted as the Federal Reserve to provide liquidity to the markets.  The Dow fell 37% from 1906 to 1908.[2]

At age 14, World War I started, and it would last until her 18th birthday. After WWI, the world was rocked by the Spanish Flu, killing 20 million people globally and 500,000 in the U.S. The Spanish Flu ended when Grandma B turned 20. The Dow fell 38% at the beginning of the war and would fall 25% during the pandemic.[3]

At age 20, she roared into the next decade as our country finally celebrated some good news. It lasted nine years before the stock market and economy crashed on October 29, 1929. The Dow rose 326% during the Roaring Twenties and fell 86.5% during the Great Depression.[4]

During the Great Depression, Gross Domestic Product fell 27%, and unemployment peaked at 25% - dark times. There was a brief uptick in economic activity after the depression ended, but it only lasted a few years as the recession of 1937 and 1938 shut down the economy. The market fell by 35% in 1937.[5]

What could pull the economy out of a slump? Another World War. Grandma B, not yet forty, was to witness her second world war. World War II lasted from 1939 to 1945. It ended when the U.S. dropped two nuclear bombs on Japan.

Grandma B had to wait 34 years before her investment account made any money as the Dow Jones climbed through 100 in 1934!

The Cuban Missile Crisis in 1962 was a battle between two superpowers – the USA and USSR. The following year, November 22, 1963, John F. Kennedy was assassinated.

Ten years later, the Arab Oil Embargo would usher in another recession, and the stock market fell 41% in 1973 and 1974.

When Grandma B was 79, the Iran Hostage Crisis and the Three Mile Island incident stunned our country.

The economy would recover in the early eighties, and stocks would climb 220% before crashing 22% on October 19, 1987.

In 1989, President George Bush signed legislation to bailout 800 insolvent savings and loans. The market would fall 8% in October due to the failed buyout of United Airlines.[7]

Grandma B passed away in February 1990, two months shy of her ninetieth birthday. She lived a great life, surrounded by friends and family. Despite two world wars, a depression, several recessions, pandemics, two presidential assassinations, and no internet, the Dow Jones averaged 4.2% per year during her lifetime before dividends. If she received a 2% dividend yield, her investments grew at a rate of 6.2% per year.

If Grandma B were alive today, she would have earned an average annual return of 5% before dividends, including this year’s drop in stocks.

It’s a difficult time for all, but I can’t imagine it being worse than what Grandma B experienced as an investor. And, I wonder, if 120 years from now, my grandchildren would be worried that the Dow Jones Industrial Average fell from 10.4 million to 8.3 million?

Is this heaven? No, it’s Iowa. ~ Field of Dreams

Bill Parrott, CFP®, is the President and CEO of Parrott Wealth Management located in Austin, Texas. Parrott Wealth Management is a fee-only, fiduciary, registered investment advisor firm. Our goal is to remove complexity, confusion, and worry from the investment and financial planning process so our clients can pursue a life of purpose. Our firm does not have an asset or fee minimum, and we work with anybody who needs financial help regardless of age, income, or asset level. PWM’s custodian is TD Ameritrade, and our annual fee starts at .5% of your assets and drops depending on the level of your assets.