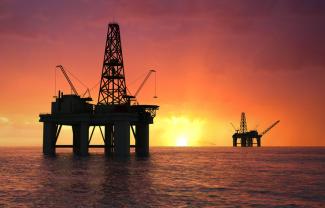 There Will be Blood!

There Will be Blood, a 2007 movie starring Daniel Day-Lewis, is based on Upton Sinclair’s book Oil!, published in 1927. Mr. Sinclair’s novel dealt with the struggle of greed and fear that many faced in the early days of the oil industry in Southern California. If Mr. Sinclair were writing his book today, 93 years later, the storyline would probably be similar.

There is no free market for oil. ~ T.Boone Pickens

Bill Parrott, CFP®, is the President and CEO of Parrott Wealth Management located in Austin, Texas. Parrott Wealth Management is a fee-only, fiduciary, registered investment advisor firm. Our goal is to remove complexity, confusion, and worry from the investment and financial planning process so our clients can pursue a life of purpose. Our firm does not have an asset or fee minimum, and we work with anybody who needs financial help regardless of age, income, or asset level. PWM’s custodian is TD Ameritrade, and our annual fee starts at .5% of your assets and declines depending on the level of your assets.