The Washington Nationals are going to the World Series for the first time in their history. The Nationals moved to Washington DC in 2005 from Montreal where they were the first major league baseball team in Canada. The Expos played in Montreal from 1969 to 2004. The combined franchise has had some phenomenal players like Vladimir Guerrero, Stephen Strasburg, Andre Dawson, Tim Raines, Pedro Martinez, Gary Carter, Jayson Werth, and Bryce Harper.

Mr. Harper was the first pick for the Washington Nationals in the 2010 Major League Baseball draft, and he made his major league debut on April 28, 2012.[1] He was the face of their franchise. He was their marquee player, that is, until this season when he decided to leave the Nationals and take his talents to Philadelphia, signing a 13-year contract for $330 million.

Despite losing their best player, the Nationals entered the postseason as a wild card and proceeded to beat the Dodgers and Cardinals. They’ll now play the Houston Astros in the fall classic.

There is no “I” in team, and sometimes losing a high-profile player may be a blessing and not a curse. I grew up in Los Angeles, and I was a huge Dodgers fan. From 1974 to 1988, they won the World Series twice and the National League pennant five times. These great Dodger teams played as a unit and rarely relied on the talents of one superstar player.

The Oakland A’s are probably the best team to rely on a group effort as detailed in Michael Lewis’s excellent book, Moneyball. The payroll for the A’s this season was $92 million while The New York Yankees, who rely on star power, had a payroll of $216 million.[2] The Yankees spent $2 billion on marquee talent this decade and failed to reach the world series once. It’s the first time they missed playing in the World Series in a decade since 1910.[3]

As an investor, you’d be wise to follow the team approach and give up trying to find the one great stock. Who wouldn’t want to find the next Microsoft, Apple, or Google and get in on the ground floor? It’s easy to get attracted to star-studded stocks that are hyped up on cable news shows while ignoring the basics of investing. Even if you found a diamond in the rough, star stocks do fall on hard times. Microsoft traded flat for 16 years from 2000 to 2016. Facebook fell 53% during it’s first few months as a publicly traded company while Google dropped 61% during the Great Recession.

Identifying stars before they become stars is difficult. This year a few high-profile stocks have come public with much fanfare, but their performance has been weak. A few of the superstars are Lyft, Slack, Uber, and Peloton. Despite the pre-IPO hype, they’re down 48%, 42%, 24%, and 14%, respectively. By comparison, a globally diversified portfolio of low-cost mutual funds with an allocation of 60% stocks and 40% bonds is up 15.4%.

For most investors, investing in a diversified portfolio of low-cost funds based on your financial goals is the best strategy. However, if you want to swing for the fence and try to hit a home run with a stock or two, limit your purchase to 3% to 5% of your investment capital.

My prediction for this year’s World Series? The Astros will win it all in six games!

Bill Parrott, CFP®, CKA® is the President and CEO of Parrott Wealth Management located in Austin, Texas. Parrott Wealth Management is a fee-only, fiduciary, registered investment advisor firm. Our goal is to remove complexity, confusion, and worry from the investment and financial planning process so our clients can pursue a life of purpose. Our firm does not have an asset or fee minimum, and we work with anybody who needs financial help regardless of age, income, or asset level. PWM’s custodian is TD Ameritrade and our annual fee starts at .5% of your assets and drops depending on the level of your assets. 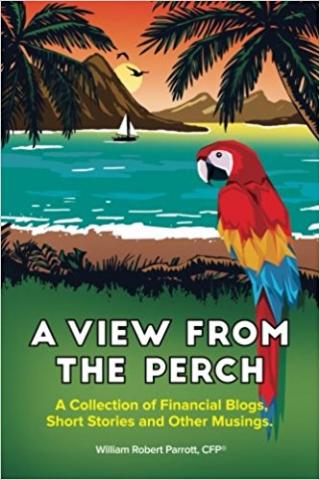